Well my bicycle was stolen again. 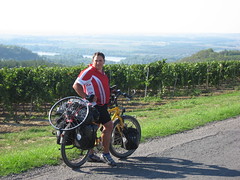 This time taken from in front of my apartment in Munich while I was Berlin for the weekend.  This puts me at over 50% of my bikes have been stolen.